The end of your ice fishing rod should be a dangling and interesting combination of sight, sound and smell when you are out on the ice.

These three things make the difference between a bucket full of fish, or going home empty-handed. There actually four things, but let’s start with the obvious.

Can the fish see your BAIT?

While this may seem obvious, it might not be. Yes, the fish can see bait, but that isn’t the question. The question is, “Can they see your BAIT?”

If you dangle a piece of chicken liver down there, are they going to see that as something they’d like to eat? Doubtful. They can see the bait, but is it something they want to eat?

Ah…that’s the question, isn’t it?

Some fish are full of the natural food around them, others are starving and will take anything. (The latter are fun.)

How about some Lays Potato Chips?

This past winter, I spent a LOT of time using my underwater camera while ice fishing and I noticed something interesting:

They saw the bait, but then they noticed the camera, and suddenly, they weren’t as interested. Folks around me, withOUT a camera were doing just fine with their Vexilars, but me?

I’m thinking the camera looked like some bouncer ready to throw them out of the fast food restaurant for not tipping? I mean, that camera had to be an issue.

I know I had the right bait, but that stupid camera made the fish cautious. It took me several weeks to figure this out, but now I’m certain that that camera made the bait I was offering a secondary issue to those fish.

I’m  also coming to the conclusion that multiple holes, with several different baits/presentations within a few feet can also be a problem.

Maybe it wasn’t just the camera, maybe it was my daughter’s presentation that made them guarded?

But I suspect that, “What the fish SEE will be the major difference between a bunch of fish and nothing.”

“Steak or shrimp? Or perhaps you want some glorious sautéed mushrooms on your steak? Maybe you want some lemon? Some freshly ground pepper?”

I mean, c’mon, who likes to load up their dish at a buffet filled with people in front of you? Servers coming and going…too much. (Unless you are starving, then of course…you’ll get them.)

The fish you want needs to make one decision: Is the bait you’ve presented good enough to eat?

Don’t distract that fish from the one thing you have to offer: FOOD

Can the fish HEAR your bait? 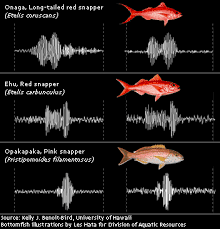 The idea of ‘noise’ is that you want to attract those fish that are 15-25 feet away that might not be able to see your bait.

With baitfish, I recommend going small. The fish want an easy meal, not a fight.

This is why tip-ups with frozen dead fish seem to work so well for Northern Pike – they just adore the easy meal.

Now, when it comes to artificial bait, I like something that makes noise.

A lot of noise.

It is supposed to sound like a wounded fish…or something. I don’t know the physiology behind what works and what doesn’t, but I do know that some artificial baits catch more fish because of their sound. I’m thinking crank baits here. You know they work exceedingly well in the summer, so why not try them in the wintertime? 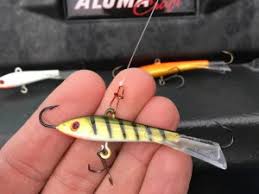 Yeah, why not? Just call them that. You lift the bait up…and let it flutter down…it is sorta like a “crank bait”, isn’t it?

You can’t exactly troll with these…can you?

Over the years I’ve noticed more and more people catching their limit of fish using artificial lures, using the sound (and sight) of that presentation to catch a lot of fish.

I haven’t given up on live bait, yet.

My kids still like playing with the wax worms and night crawlers.

It isn’t a good idea to let them play with artificial lures with several treble hooks…I’m just sayin’.

What about the smell of live bait under the ice? 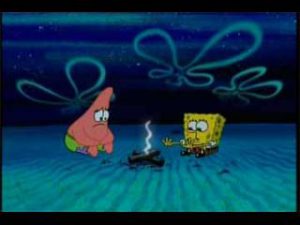 I don’t know, this one has me a bit baffled.

If there is some current, I suppose this is huge.

But if you are sitting on a lake, frozen over for several weeks, then how far does that scent really travel?

I can’t imagine the whole lake bed is teeming with fish that can smell my bait a mile away and wants to check it out?

If that is true, then why do the guys 10 feet away not notice when I put fresh bait down?

I’m not saying the scent means nothing, I’m simply saying it really cannot mean much, unless you get them in sight and sound range.

I almost forgot the fourth thing!

The forth item is obvious to me: Go with what you feel comfortable with. Sometimes your experience with a certain bait, bite pattern and advice from those who aren’t drunk will work wonders.