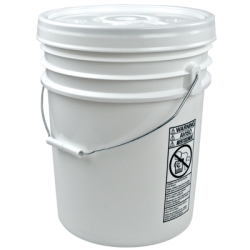 They used to give them away, and they always smelled like old pickles.

Some people used them like adult EZ Steppers when things got a little crazy around New Years Eve.

Somewhere, somehow, some old geezer (and I am probably called an old geezer, nowadays), thought it might be a neat idea to take one of those and use it as a seat when ice fishing. And why not? It was just about the perfect height, it held all your ice fishing equipment, it held up under the cold weather, and it smelled like old pickles!

So some smart guy, likely the guy who was the second best salesman of ice to Eskimos, decided he would take those old 5 gallon buckets that were left secretly at the curb every night for the trash man by wives (who hated pickles) and try to sell them as “deluxe ice fishing seats”.

Now, I’m not sure how big his market was, but apparently it was big enough that Pringles held a secret meeting with some farmers who were covertly involved with the company that was the precursor to Monsanto and THEY had hoped for some monster sized potatoes.

When that meeting didn’t really go as planned, and well…there was only one idea that really came out of the meeting that survived to this day: 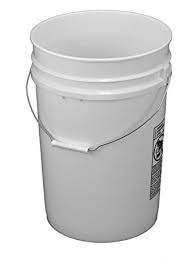 Yes, there were a few bruised egos, but now that Monsanto had their OWN ‘new idea’…well, they ran in a different direction: Genetically modified monster-sized cucumbers.

Still, there were some at that meeting that stayed behind and believed in the NEW 6 gallon bucket.

Somehow, and this is just legend, they got a hold of that ice-cube-salesman-turned-5-gallon-bucket-salesman.

(Although he was part Cherokee, he went by the name of “Dancing With Very Cold Wolves”, so they called him “Dave” for short.)

“Dave” was quite gracious they considered him because he was really tired of the pickle smell and the consequences of that smell at the local watering hole.

Anyway, they granted him rights to sell the new 6 gallon bucket. Well, you know the rest of the story…the 6 gallon buckets are everywhere now…and around $5 bucks a pop.

Even Wal-Mart sells them.

Now That You Know The History…

“Dave” retired, of all places, in the Bahamas, and who wouldn’t?

He owns an ice delivery service there that delivers ice …in…guess what? 6 gallon buckets! I think Corona tried to work out a deal with him, but things went south. Something about how “Dave” hated limes and how we was sure they were responsible for global warming and the breakup of the Beatles. He says, ” “Live and Let Die” by Paul McCartney is proof enough. Listen to it while you are in a sauna. It’s all there!”

Yoko Ono had her hand in this, I’m certain of this. She adored limes and Paul hated them. The lime scented spray in the studio was too much for Paul.” (Again, this is mostly a legend.)

So, you got your 5 or 6 gallon bucket to sit on…now what? 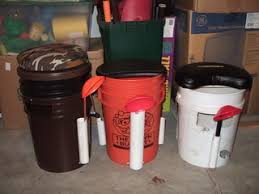 Well, is it comfortable? Doubtful. You need a cushion of some sort.

But here is where the cleverness creeps in…

You see what I did there?

You have that mental image! Me too…about 10 years too late though.

So you need to make this work for ice fishing, right? 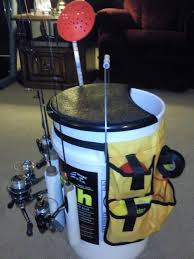 Nearly $90.00 for a six gallon bucket and some accessories? Well, if you have the cash, why not?

I know what you are thinking, and I’ll put that idea to rest, because you are wrong. An old 6 gallon bucket that used to hold fresh Sushi DOES sound like a good idea, doesn’t it? Well…here is the problem…they don’t MAKE 6 gallon buckets of ‘fresh’ sushi. It kind of defeats the purpose.

I use my six gallon bucket in the summer to hold my garden tools around the outside of it and it is just sweet. You can put fresh veggies in it…and it smells like…you guessed it: